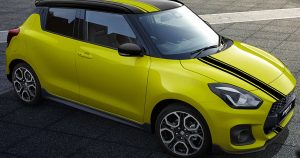 Maruti Suzuki’s Swift is the best selling car of the month, the company sold a total of 17,039 units, while it was at number four in May last year.

According to Alto Siam at number two , Maruti’s Alto was the second best-selling car in May. A total of 16,294 units of this car were sold. In May last year, the figure was 21890 units.

Third number Dzire
In May, Maruti sold 16,196 units of Dzire, making it the third place. Family class likes Daisy. Honda’s Amazon is challenging it but it is not able to overtake it.

Baleno found fourth place
Due to its stylish look, Maruti’s Baleno Youth was quite enticing. In May, the company sold 15,176 units, making it the fourth position. Baleno’s 19398 units sold in the same month last year.

Wagon-R got the 5th place
Maruti Suzuki’s Wagon-R ranked 5th in May, while Echo was ranked sixth. Apart from this, Creta is ranked seventh. At the same Elite I20, the eighth number, while Artega got 9th position, the same number ten, Vitara Braja.

Hyundai Motor India Ltd’s (HMIL) premium hatchback Elite i20 sold 10,555 units in November coming at seventh position, up from eighth in the same month last year when it sold 10,236 units.

HMIL’s SUV Creta clocked 9,677 units to be at eighth position, moving up one slot from November last year when it registered 8,528 units.

The Swift sold in India is the 3rd generation model, and was launched early last year, during the 2018 Indian Auto Expo. Right from launch, the Swift raced to the top of its segment’s sales charts, and has remained there across the past year and a half. The hatchback is based on the HEARTECT platform, which makes it one of the lightest cars in its class.