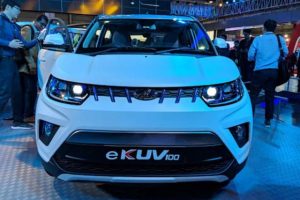 Mahindra KUV100 electric SUV was first unvieled at the Auto Expo 2018 and the company is gearing up to do a commercial launch in 2019.

Mahindra electric KUV100 (eKUV 100) SUV will be the first ever all-electric SUV to be launched in India with its launch scheduled around June 2019. Earlier in 2017, Dr Pawan Goenka had confirmed KUV100 going all-electric and the SUV was also showcased at the Auto Expo 2018. Mahindra Electric is currently the only auto car manufacturer in India to commercially sell electric cars in India with the sale of Mahindra E20 Plus and Mahindra e-Verito. Mahindra has also just made additional investment of Rs 500 crore at its plant in Chakan to build and develop electric vehicles and the Mahindra Electric plant will also see expansion to develop electric powertrain. 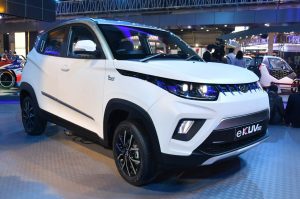 Taking a leap of faith on electric vehicles, Mahindra will double its production capacity from existing 500 units per month to 1000 units per month by early 2019 confirmed Dr. Pawan Goenka. Once the overall ecosystem for EVs becomes better in India, the company is looking to have produce 5000 electric cars in India every month by 2020. Mahindra ventured into its EV journey about seven years with the acquisition of the Reva brand and has sold over 4000 electric cars in India. The company has already invested about Rs 500 crore in its electric business and more investments will flow in as electric cars take the centre stage in India. 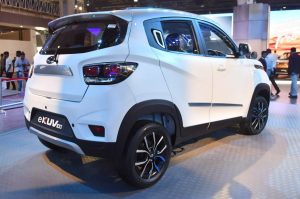 Last year, the automaker revealed that it is developing highly efficient electric powertrains with power outputs ranging from 90 to 165kW (120 to 204hp), and is also working on high-density batteries. They also indicated that the electrified version of its KUV100 hatchback could have a range of 350km under the EPA’s (Environmental Protection Agency) testing cycle, a top speed of 186kph and a 0-100kph time of 9sec. 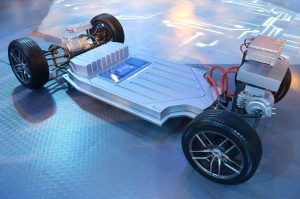 Recently on the launch of Mahindra Marazzo, Rajan Wadhera, President Automotive, M&M had said that “we will come up with a new e-verito soon, the car will see a major upgrade and we are working towards it.” It is also believed that Mahindra is also working on an all-new electric car that will also make its debut in 2020. Considering, Mahindra is a full-fledged SUV player it will be interesting to see if one of its existing SUVs like the TUV300, Mahindra Scorpio or even the Mahindra XUV500 getting an all-electric variant.

Right now leading automobile manufacturer like Tata Motors, Nissan, Maruti,and Hyundai in India is currently foussing and working to bring in electric cars to India. Maruti Suzuki has confirmed the launch of its first electric car by early 2020, Hyundai will launch an electric SUV in 2019 and even the likes of Nissan is considering to launch the Nissan Leaf in India. Tata Motors has also started a separate electric vehicle division and has been supplying its Tata Tigor electric to the Government and also recently supplied electric cars to Cognizant Technologies.

The eKUV100 could also be offered with a suite of connectivity options such as remote diagnostics, smartphone connectivity, cabin pre-cooling and location tracking. It could even have a function to track the user’s driving pattern, as was present in the model showcased at the Auto Expo 2018.